In our daily lives, we face many problems. We know the solution to some but not for all. One of the problems that people face is overheating of the Vehicle Engine. An Engine overheating happens due to the Engine Cooling System Failure. The function of the Engine Cooling System is to keep an Engine temperature in the operating range. Engine when not provided with proper cooling can overheat. Engine Overheating can results in serious damage to engine parts. So, let us first figure out why Engine overheating happens.

The purpose of the Coolant is to provide cooling to an Engine. It absorbs an Engine heat and keeps an Engine temperature in the working range. The engine cannot be cooled properly if the coolant level is low, leading to rising in an Engine temperature causing an Engine Overheating. To prevent the problem of an Engine Overheating, check the coolant level regularly. It is filled in the Coolant Reservoir in the engine compartment. Add good quality of coolant with sufficient amount of water.

There can be a leakage in an Engine cooling system leading to loss of an Engine Coolant, causing an Engine Overheating. Leakage can be due to loose connections or burst of delivery pipes or failure of any other part. In this case, you need to get your vehicle inspected by the good technician.

The radiator is an automotive component, used to cool down the coolant liquid by allowing it to lose its heat to the environment and air. If the radiator fails to perform its function efficiently, it will lead to the overheated coolant, ultimately causing an Engine Overheating.

The radiator fan is used to provide cooling to an Engine coolant. Radiator fan can be engine driven by a belt drive or hydraulic coupling or electric motor powered. For an Engine-driven radiator fan, failure can be due to belt failure or hydraulic coupling failure. But in the case of an electric motor-driven fan, failure can be due to motor failure or electric circuit failure.

So these are some basic reasons for Engine Overheating. The best way to prevent Engine Overheating is to keep your vehicle well maintained by getting the vehicle inspected by trained personnel at regular intervals of time. We hope that this article was helpful to you.

What is an Automobile? An automobile is derived from the Ancient Greek word ‘autos’ meaning self and ‘Mobilis’ meaning movable. Automobile:-autos +mobilis Automobile is the vehicle which is not powered by human but rather controlled Read more… 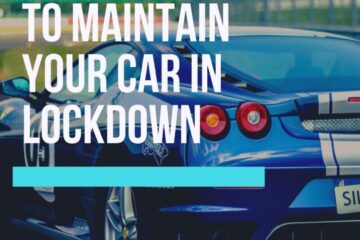