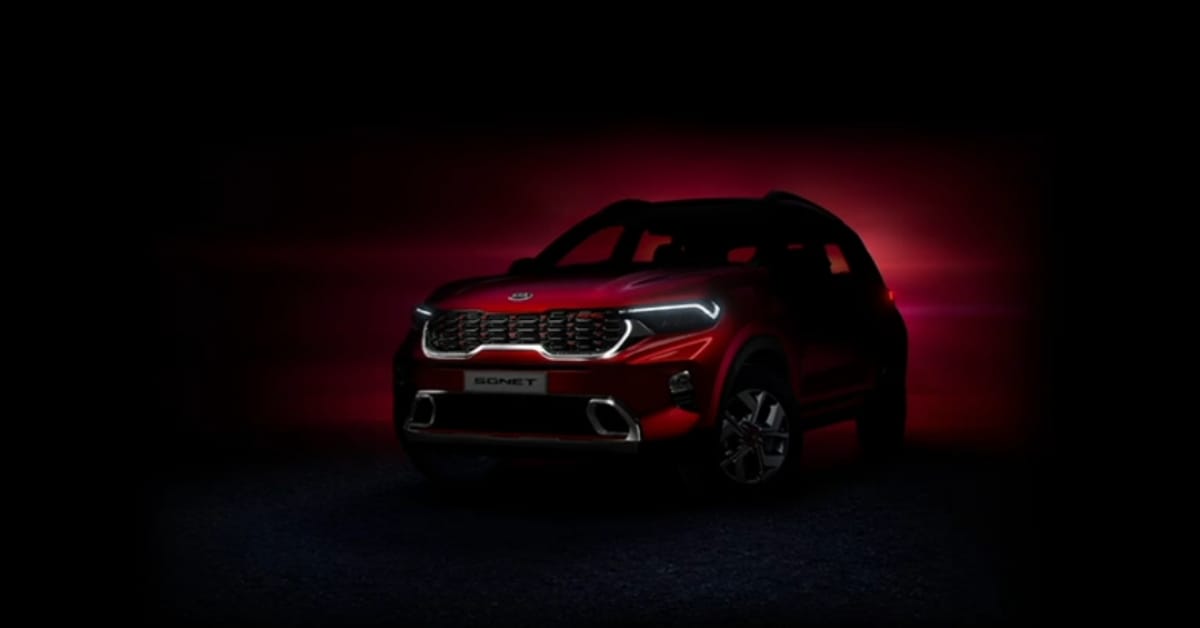 What is the Launch date of Kia Sonet?

How Variants in Kia Sonet?

Let’s Talk About the design of the Kia Sonet

The Full LED setup LED DRL’s with Projector Foglamps. The Dual-tone type Front Bumper is given. The Full LED Cube-style Rearlamps with the Halogen Type Indicators. Reflectors and High Mount Stop lamps on the Rear side of the car are given.

This Muscular car gets the Dual Tone Turbine style five-spoke alloy wheels which look like the alloy wheels given in the Hyundai Venue whereas in GT line Variant the red Assent given on the center of the wheels. The IMT Badging on the Frontside in Line Variant wheres in DCT Variant the 7DCT Badging is there on the front side of this Compact SUV.

If a new car is launched how can people will not curious about the Interior of the car, so let’s talk about the interior of the car. Firstly when you sit in this compact SUV you see the dual-tone dashboard with a combination of black and golden colour.

The newly designed AC Vents with the golden colour over it which is seen for the first time in this segment. Whereas if you choose the GT-line variant the dashboard is all black. Next, if we talk about the steering wheel of the car the same steering wheels as comes in the Kia Seltos with KIA Bagding over it. The 4.2-inch semi-digital instrument cluster and the 10.25-inch touchscreen given which is the first time given in this segment with 7 Bose company speakers available in this Compact SUV.

The Engine and Transmission Combinations were revealed when Kia Sonet is Launched in India.

The all-New Compact SUV Kia Sonet is Launched in the Month of September 2020.

The Price of Kia Sonet is not Revealed yet but it is expected that the Kia sonet is launched at the price range of Rs 6 lakhs to 14 Lakhs.

The Kia Sonet is Loaded with the full of features that makes a car futuristic and different from other Cars in this segment.

So as so many unique and Luxurious Features with lots of colour options not only this the the powerful turbocharged engines with variable transmission systems make this Compact SUV a Tough compitetor or other compact SUV’s Like Hyundai Venue, Mahindra XUV 300 that is why Kia Sonet is the Game changer SUV.