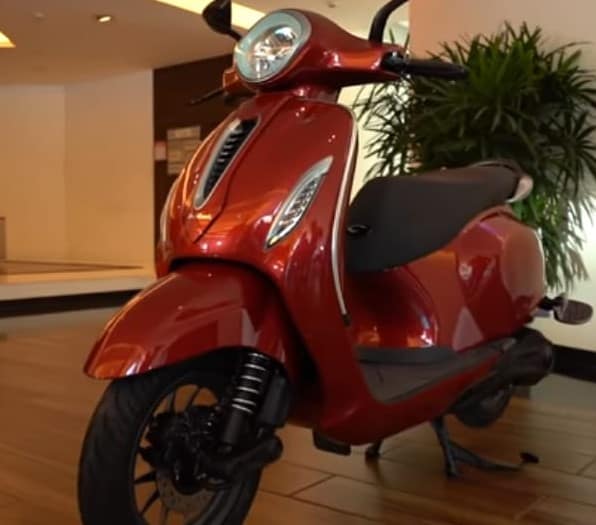 The bajaj chetak is well known popular Indian made scooter. this scooter is popular in India over a very long time. The name chetak is named over the name of the horse of very legendary Indian warrior Maharana Pratap Singh. chetak is an affordable option of transportation of millions of families in India from 1972 -2006

Bajaj started the production on chetak scooter in 1972 and continues till 2006. During this time chetak comes up in two variants.

During that whole period transmission is about 4-speed manual transmission and the shifter is in the left-hand grip.

AS the Bajaj chetak is a successful product in the Indian market. Now With the change of time, Chetak is also upgraded. Bajaj is now planning to launch an electric version of chetak. As the whole automobile sector is moving towards electric vehicles. The production of electric chetak has been already started and will be launched in India by next year. It will be a new flavour of chetak. This flavour is quite smooth and silent than the previous version of chetak

Bajaj has recently announced the official launch timeline near January 2020. Chetak can be seen on roads by the end of January. the price was not announced yet.

This version of Bajaj is going to powered by 4 KW brushless DC motor. Chetak claims the range output of 95 km per charge, powered by a lithium-ion battery. chetak is going to charge by 5-15 amp charger which will take approx. 4 hours to complete charge. Bajaj will provide 3 years or 50000 km warranty. additionally 70000 km battery warranty. Then the service interval is 15000 km. https://revjust.com/honda-activa-6g-bs-6-full-review/