We show you the 9 Best SUV Under 15 lakh In India 2020. These 9 Cars are best Including all Features like comfort, Handling, technologies Used, Safety, Mileage, Performance, Looks, and many more.

As we know that Kia Motors launched its first car in India.

According to Kia Seltos is the best SUV under 15 lakh.

In this car the  LED headlamps, the LED fog lamps, LED taillights and dual exhaust pipes, the tiger-nose front grill makes this SUV fabulous from the outside.

Not only this the company gives the 10.25-inch touchscreen AVN system, 8-speaker Bose sound system, 8-inch head-up display, blind-spot view monitor, Push start/stop button, Cruise control all these features were given in Seltos.

MG Hector is 2nd best SUV under 15 lakh in India 2020. Kia Seltos and MG Hector are mostly equal you can buy any one them, these both cars satisfied all your points towards a Car.

MG Hector comes in two Engine type one is 1956cc Diesel Engine and the other is 1451cc petrol Engine.

This SUV comes in the Manual and Automatic transmission system.

The 5 Seater MG Hector gives you the Mileage of 13 to 17km/l dpends upon its different variants.

It is a front-wheel-drive car comes with a 4-cylinder engine and 6-Speed Manual or Automatic Transmission system.

TATA Harrier is one of the best products of TATA. This SUV comes with some very cool features.

It is a front wheel drive Car comes with 4-cylinder engine and 6-Speed Manual or Automatic Transmission system.

Hyundai Creta is a Best Mid Range SUV, because of its low price and Grate features.

Hyundai Creta a Mid-range SUV which is the most lovable SUV in his segment.

Firstly, the Creta is launched in 2015 Now Hyundai recently revealed the second-generation of Hyundai Creta 2020 in the Autoexpo which is held in the Greater Noida.

The new Creta is bigger than the older version of Creta. However, the all-new Creta in terms of looks is similar to that of ix 25 which runs in China. The interior is changed as compare to ix 25.

After Creta, this SUV is another popular car in its segment. Hyundai venue is awarded by the Car of the Year award according to the performance and sale of this car in the Indian market.

There is one more highlighting thing is about this car is it got 4.5 ratings in Crash test by ARAI.

Hyundai Venue comes in two Engine type one is 1494cc Diesel Engine and the other is 1197cc petrol Engine.

This SUV comes in the Manual and Automatic transmission system.

The 5 Seater Hyundai venue gives you the Mileage of 17 to 23km/l dpends upon its different variants.

The Car comes with both manual And Automatic Transmission system depends upon their variants.

This SUV gives you the Mileage of 20Km/l.

Tata Nexon is available in both the petrol as well as in diesel engine and recently Tata launched its SZ+(S) variant in which sunroof is given.

Vitara Brezza is the Brand SUV of the Maruti Suzuki that was launched in 2016 in the Autoexpo 2016.

Again in the Auto Expo 2020, the Maruti revealed the new version of this SUV named “Vitara Brezza Facelift”.

Now a days Kia Sonet is in great demand After the Hyundai Creta, Sonet is the second highest selling mid size SUV In India.

All Variants of Kia Sonet

Hyundai Creta is one of the best selling mid-size SUV in India under the range of 15 lakhs in India. Many Indian customers are loving this Car because of its design, features, Comfort.

Now we End here, Now it’s your choice which car you like and Want to Buy.

Some articles related to Hyundai Creta

We Write an Article about the Best Cars for Middle Class Family. If you want to read this Article click on the link Given. 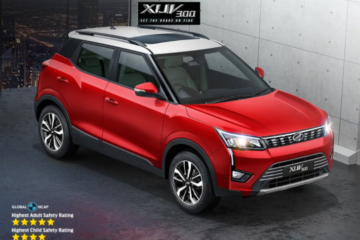 Mahindra XUV 300 is the only car offered with 7 airbags in its segment Indian automaker Mahindra is now surprising the Indian market with products. No doubt Mahindra products are known for their toughness for Read more…