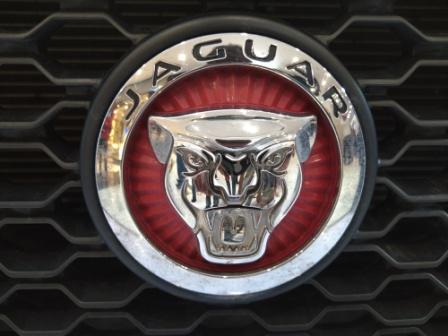 With the launching of XE model jaguar made its place in Executive Segment where its foes are majorly German. Jaguars are known for their sleek and luxury design and when it comes to XE you can surely see the sleekness and luxury in design. Like its elder sisters XE shares the Jaguar DNA in design.

When talking about front, the XE all new design headlamps with DRL and Projector with Xenon headlamps. The Headlamp design is identical with XF Model but not same. The front grill comes with pure Jaguar DNA. If speaking about overall XE front design clearly like other Jaguar Models signifies Jaguar’s intense face.

The body design is very sleek and smooth, a quality which makes Jaguar unique in the row. You will find very less or no sharp curves in Jaguar Design. XE body design resembles to that of Jaguar XF Model as the clear touch of XF Model Design can be seen in XE Model. The fit and finish is of superior quality, giving XE the premium look.

Jaguar has played the game very well when it comes to the rear of XE. The tail lights are LED and completely of new design, which are not identical to other models from Jaguar. Clear sense of English Design can be seen.

The Interior design of XE Model is mostly inspired from Model XF. The center console is fitted with Infotainment system, Climate Control System, Transmission Switch Knob and dynamic settings. The placement of controls is excellent in terms of ergonomics. The leather wrapped steering wheel gives the feel of ultimate luxury.

The leather quality is at its best. The Stitches are well placed and very neatly finished.

When sitting at back seat of XE you may experience lack of space, which is down point for Jaguar.

Jaguar XE comes in both Diesel and Petrol Engines. Both Petrol and Diesel variants are available in 2 liter, 4 Cylinder Inline engines.

Both the Engines come equipped with 8 Speed automatic transmissions which is fun to drive and is smooth in operation. It comes equipped with Manual Mode as well as Sport Mode.

Both, in diesel and petrol engine performance is well managed. The refinement level is superb which leads to superb ride and elegant handling.

Price in India: Jaguar XE Price in India starts from 40.61 Lakhs and goes upto mark of 47 Lakhs. The registration charges are different depending upon area