What Changes in Suzuki Hayabusa, full Trailer Revealed- Images leaked ahead of Launch 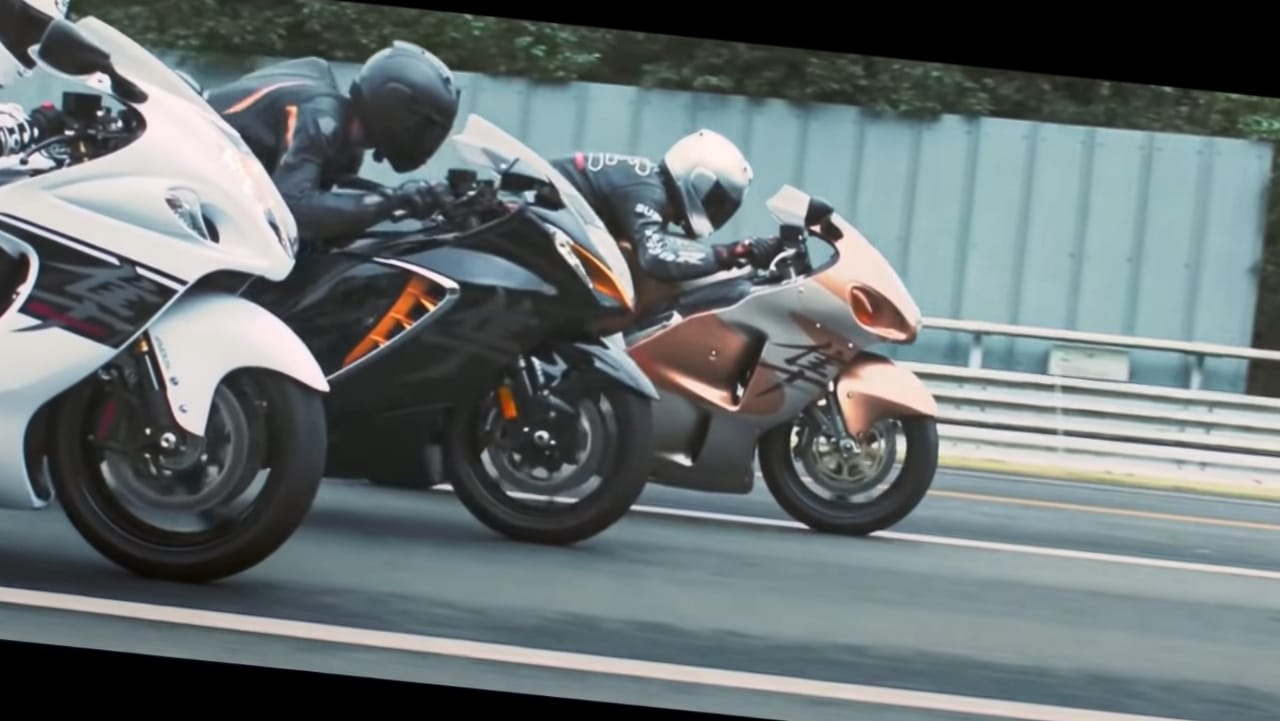 As the New Suzuki Hayabusa is going to be launch on 5 Feb and the craze of this bike is next level, Specially in India.

Recently they launch a short teaser in which a glimpse of the new Hayabusa was shown. In this new semi-digital instrument cluster, New Headlights were displayed in short.

The Officially teaser of the new Suzuki Hayabusa has released, the video given below.

The Full teaser of Hayabusa is like shown the 1st, 2nd, and 3rd Generation of Hayabusa.

Seen that the all-new Suzuki Hayabusa gets the several changes

Talk about Design changes then it gets huge changes the Windscreen is bigger than the previous one to improve the Aerodynamics of the bike so the rider didn’t get the Airblast.

A sequence of new graphics and colours makes it peppy. The Major updates are done on the Rear Tail of the Hayabusa. New Z shaped Taillamps makes this bike more attractive than ever.

Well, the New Suzuki Hayabusa is intelligent now the Changes are done in electronics and the bike is now fully loaded with electronics. The Headlamps, Indicators are now LED type.

The Instrument Cluster is semi-digital in which several features like it shows the Riding modes, Lean angle, Outside and inside engine Temperature. Other Electronics Controls like SDMS-a and Many more intelligent features are yet to be revealed on 5th Febraury 2021.

Oh, wait! I forgot one thing to tell you about the New Hayabusa that it gets a newly designed and lighter exhaust which further makes it looks peppy.

So, in the end, I would like to say that you all eagerly wait for the launching of the new Hayabusa. If you wait for it then follow our website we regularly provide you the updates related to the new Hayabusa.