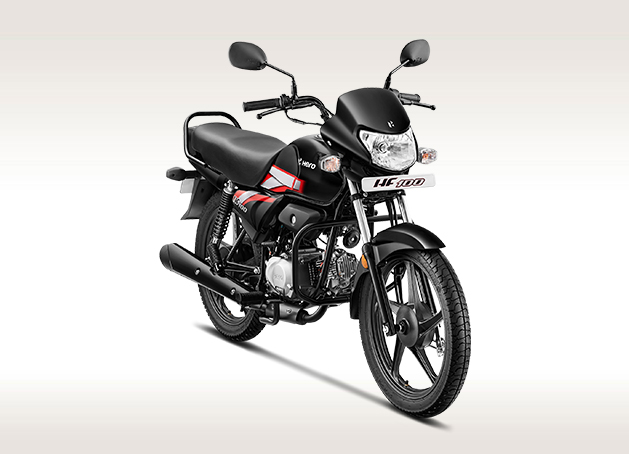 The engine used in this bike is a 97cc air-cooled single cylinder. The same engine is also used in HF deluxe.

Hero Motocorp has launched a new bike in the commuter segment. The is bike named HF 100. The bike is priced at Rs. 49,400 which makes it the most affordable bike in the Bajaj lineup.

Basically, the design of the bike looks similar to HF deluxe with little cost-cutting. The Hero HF 100

Advertisement
offers 18-inch alloy wheels and tubeless tires. On the other hand, it doesn’t get an electric start. The bike is equipped with drum brakes on both wheels.

The engine used in Hero HF 100 is a 97cc air-cooled single cylinder. The same engine is also used in HF deluxe. The engine is capable to churns out peak power of 8.02 ps and a Max. Torque of 8.05 Nm. It is comes mated with a 4-speed gearbox. The fuel tank is almost similar. IT can store 9.1 L of fuel.

In past few time the prices of Automobile is countinuesly increasing due to rising cost of raw material and transportation. The newly launched bike is a big relief for buyers who wants to buy a motorcycle in low budget.

Also, Join Whatsapp Group all the latest News uploaded there and you will get the Instant