Mahindra Thar now becomes the most Demanding car in India 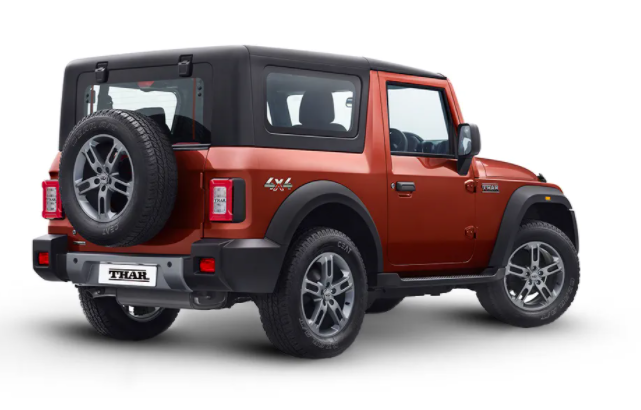 A couple of months back the Second Gen model of this car introduced in the Indian market. Its first-gen model was also a gets pretty well Success in the market. As of now, the Car becomes the Most demanding Car in the Indian Market. Currently, New Mahindra Thar has the Highest waiting period in the Country.

The Waiting period has been crossed over 9 months In the Domestic market. The car is completely Made in INDIA Car, Still having the HIghest waiting period shows how much well response it’s getting from the Market. The New Thar comes with lots of features like automatic climate control, Power-adjustable outside rearview mirrors, The 7.0-inch touchscreen infotainment system, Android Auto, Apple CarPlay and navigation, Steering-mounted controls, Remote keyless entry.

Not only these off-road features embedded in this new Thar:-Brake lock differential, The break-over angle of 27-degrees, An approach angle of 41.8-degrees, 36.8-degree departure angle, Water wading capacity of 650mm, Rear suspension travel of 235mm, Ground clearance of 226mm.

Recently we have seen Mahindra announced a first price hike for New-Gen Mahindra Thar of Rs. 20,337 to Rs. 40,338. The company said the booking recorded before 30th November will remain unaffected by the price hike. The rest of the bookings were considered as a fresh order.

Second Generation Mahindra Thar comes with Two Engine Options 2.0-litre MStallion Petrol engine and the second one is 2.2-liter MHawk Diesel Engine. The 2.0-liter Petrol engine is able to produce the Maximum Power of 152 HP and mated with 6-speed Manual as standard and 6-speed Automatic Gearbox is also available Whereas the 2.2-liter Diesel engine Produces 132 HP and is mated with a 6-speed manual and 6-speed torque converter.