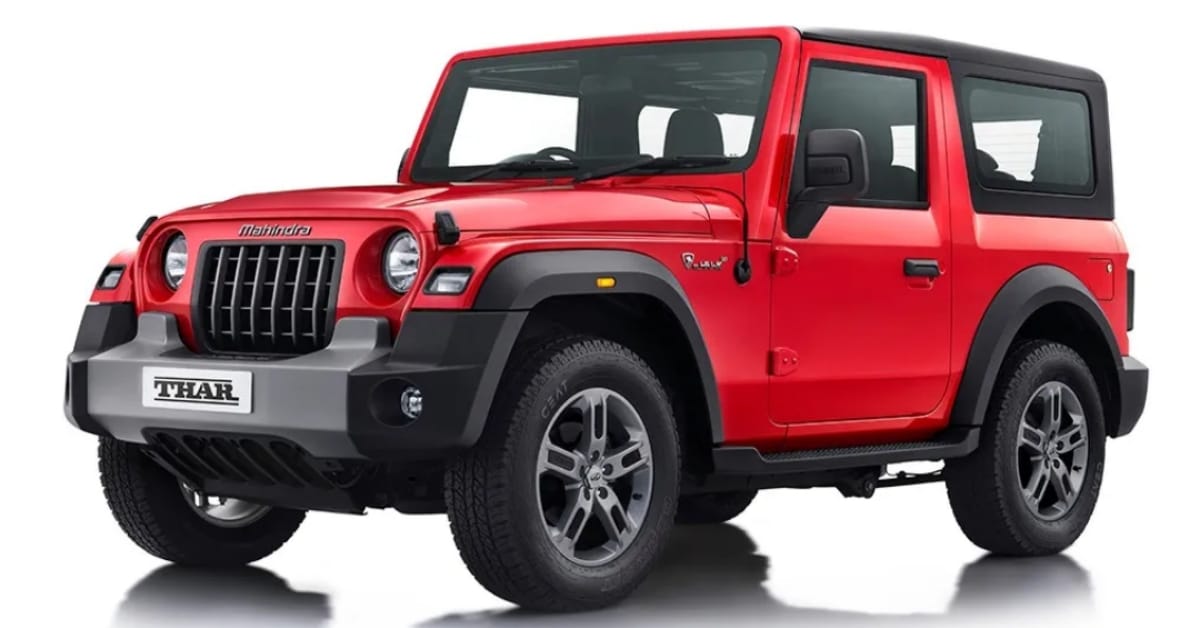 The car is loaded with features like a 7.0-inch touchscreen infotainment system, Android Auto, Apple CarPlay and navigation, Steering-mounted controls, Remote keyless entry, and many more like these.

Second generation Mahindra Thar was introduced last year in OCT Month. Today the company has announced Mahindra Thar has recorded 50,000 bookings. additionally, the waiting period has been also increased. It has crossed 11 months in India. To meet the demand the manufacturer has already increased the production in their plant.

The increasing waiting period is might be possible due to the global shortage of Semiconductor chips. Moreover, the increasing waiting period can also lead to a lack of interest of some interested buyers who can lose their interest. On the other, the car is so well designed and pretty good loaded with modern features that buyers can wait for a long period for this beautiful creation.

The car is loaded with features like a 7.0-inch touchscreen infotainment system, Android Auto, Apple CarPlay and navigation, Steering-mounted controls, Remote keyless entry, and many more like these.

Recently Anand Mahindra has announced that he will gift a that to 6 debutant players of Team India who performed very well in the Gabba Test against Australia. A few weeks back India Pace bowler T Natarajan has received his gifted Mahindra Thar.

As a gesture of appreciation, T Natrajan has sent back his signed gabba test Jersey to thank the businessmen and a cricket lover for recognizing his efforts. Mr. Anand Mahindra has gifted Mahindra Thar hard top LX variant to the young Indian pace bowler.