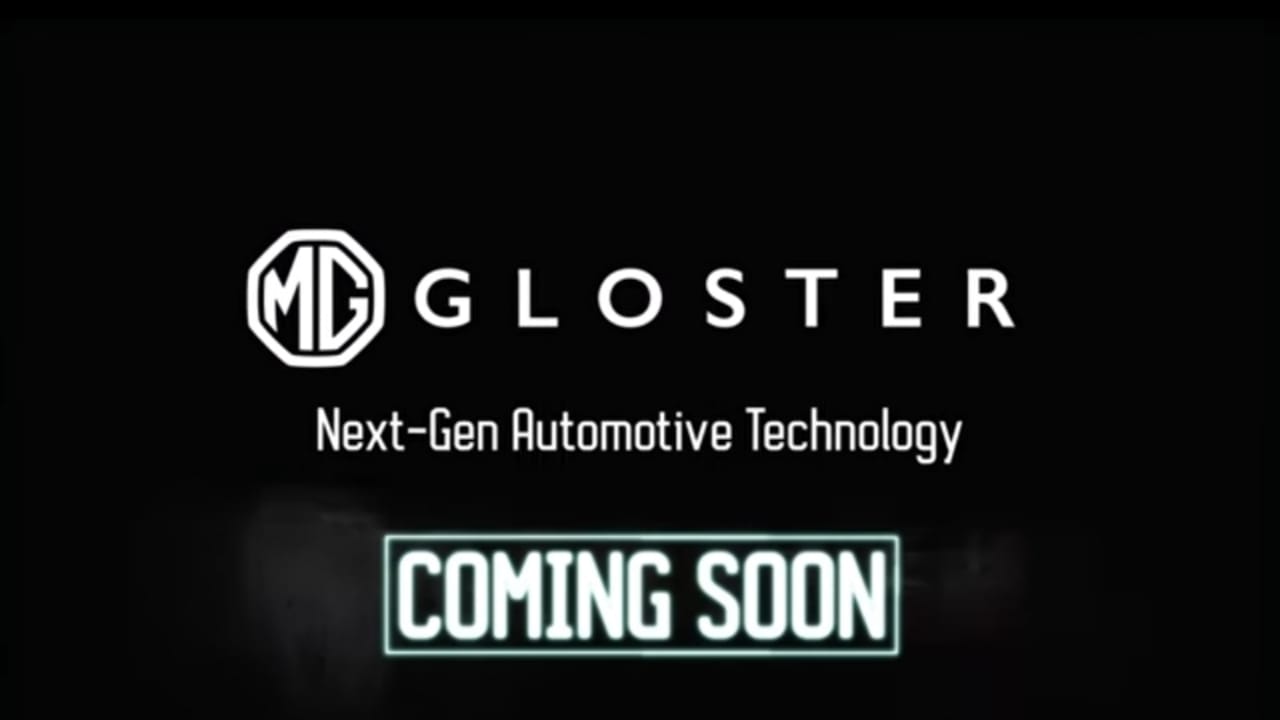 After the Great Succes of MG Hector and MG ZS EV, the MG is Going to Launch its New Vehicle MG Gloster in India soon in the festive season. The company teased a teaser and official testing of Gloster is begun. The Gloster is the Rival of the Toyota Fortuner and expected to be launch in November 2020.

In this teaser video, it shows that after the MG Hector and ZS EV the MG Gloster is going to launch soon.

Moreover, they show the features that come into the upcoming Gloster and that features are autonomous parking, emergency stop, and collision avoidance system (CAS) these features are the first in segment features which make this Car special and more futuristic than its Rival Toyota Fortuner. It also comes with features like follow me headlamps and Internet Inside which make you connected your car with your smartphone.

The MG Gloster has the Aggressive front Fascia with LED Headlights and a large radiator grille.

If we talk about the Engine then no official announcement is given by the company but Yes it is estimated that there are two engine options will be available for Gloster. It may be powered by the 2.0-litre turbo-petrol engine which produces the maximum power of 224 PS and 360 Nm of torque. It is also estimated that the Gloster is mated with the 6-speed manual and 6-speed Automatic Transmission system. Another option is for 2.0-litre twin-turbo diesel which may produce the power of 217 PS and 480 Nm torque and will be mated with the 8-speed automatic transmission system But yes it is confirmed that it is a 4WD(4 Wheel Drive) SUV.