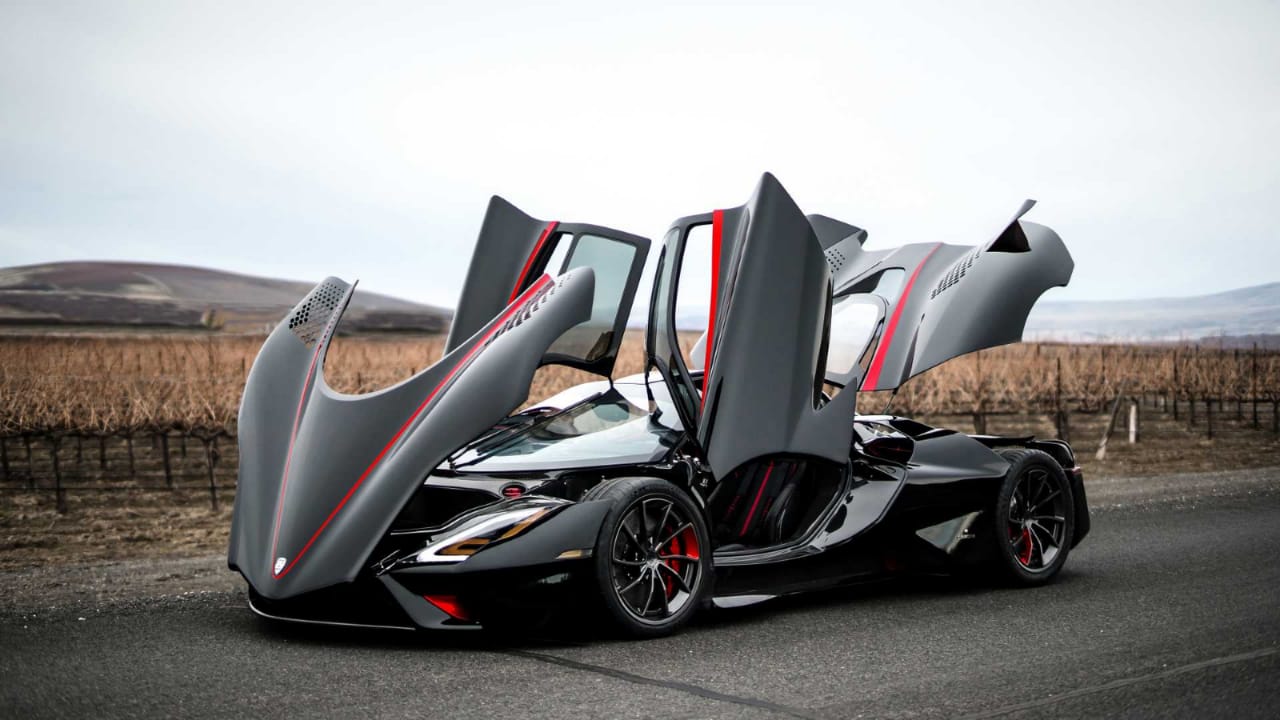 Breaking news for the automotive enthusiasts that the world’s fastest production car has been broken and set a new World Record by SSC Tuatara. SSC Tuatara hit the Top Speed of 532.93 Kmph and earned the title of the Fastest Production Car in the World.

But, Here’s the New World record title achieved by Shelby Supercars with Tuatara while achieving the top speed of 532.93 km/h.

The Test was conducted on 10th October 2020 at a closed public road, in Nevada, USA. The car is Driven by the Professional Racer Oliver Web.

Talk about the Engine Specifications of the Tuatara then it is Powered by the 5.9-litre Twin Turbo V8 engine Which Churns out the Maximum Power of 1,750 hp while using E85 and 1,350 hp while using 91 Octane. It is Mated with the 7-speed AMT Transmission System and the power is transferred through the Rear Wheel Drive.

The Price of the fastest supercar in the world starting from 1.6 Million Dollars.