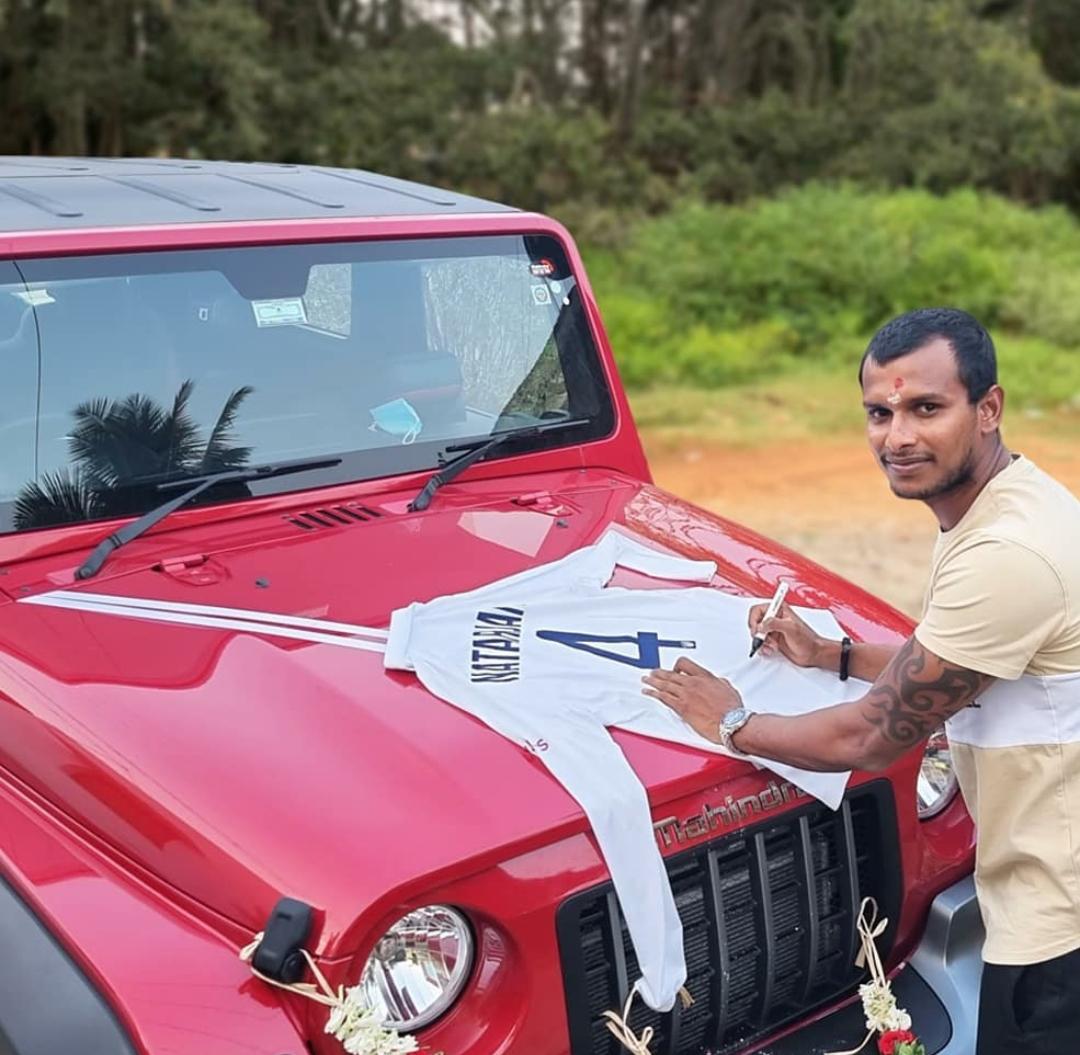 T Natrajan has sent back his signed gabba test Jersey to thank the businessmen and a cricket lover for recognizing his efforts.

Mahindra Group chairman Anand Mahindra has previously announced that they are going to gift the six debutants of Team India a One Mahindra Thar SUV for their efforts in securing the Border Gavaskar trophy. Recently Mahindra group has fulfilled its promise as T Natarajan Received his promised Mahindra Thar from the Mahindra Group.

As a gesture of appreciation, T Natrajan has sent back his signed gabba test Jersey to thank the businessmen and a cricket lover for recognizing his efforts. Mr. Anand Mahindra has gifted Mahindra Thar hard top LX variant to the young Indian pace bowler.

After Receiving the SUV Natarajan has shared some pictures on social media and tweeted. ” Playing cricket for India is the biggest privilege of my life. My rise has been on an unusual path. Along the way the love and affection, I have received have overwhelmed me. The support and encouragement from Wonderful people, help me find ways to explore the impossible”.

Mahindra Thar comes with Two Engine Options 2.0-litre MStallion Petrol engine and the second one is 2.2-liter MHawk Diesel Engine. The 2.0-liter Petrol engine is able to produce the Maximum Power of 152 HP and mated with 6-speed Manual as standard and 6-speed Automatic Gearbox is also available Whereas the 2.2-liter Diesel engine Produces 132 HP and is mated with a 6-speed manual and 6-speed torque converter.