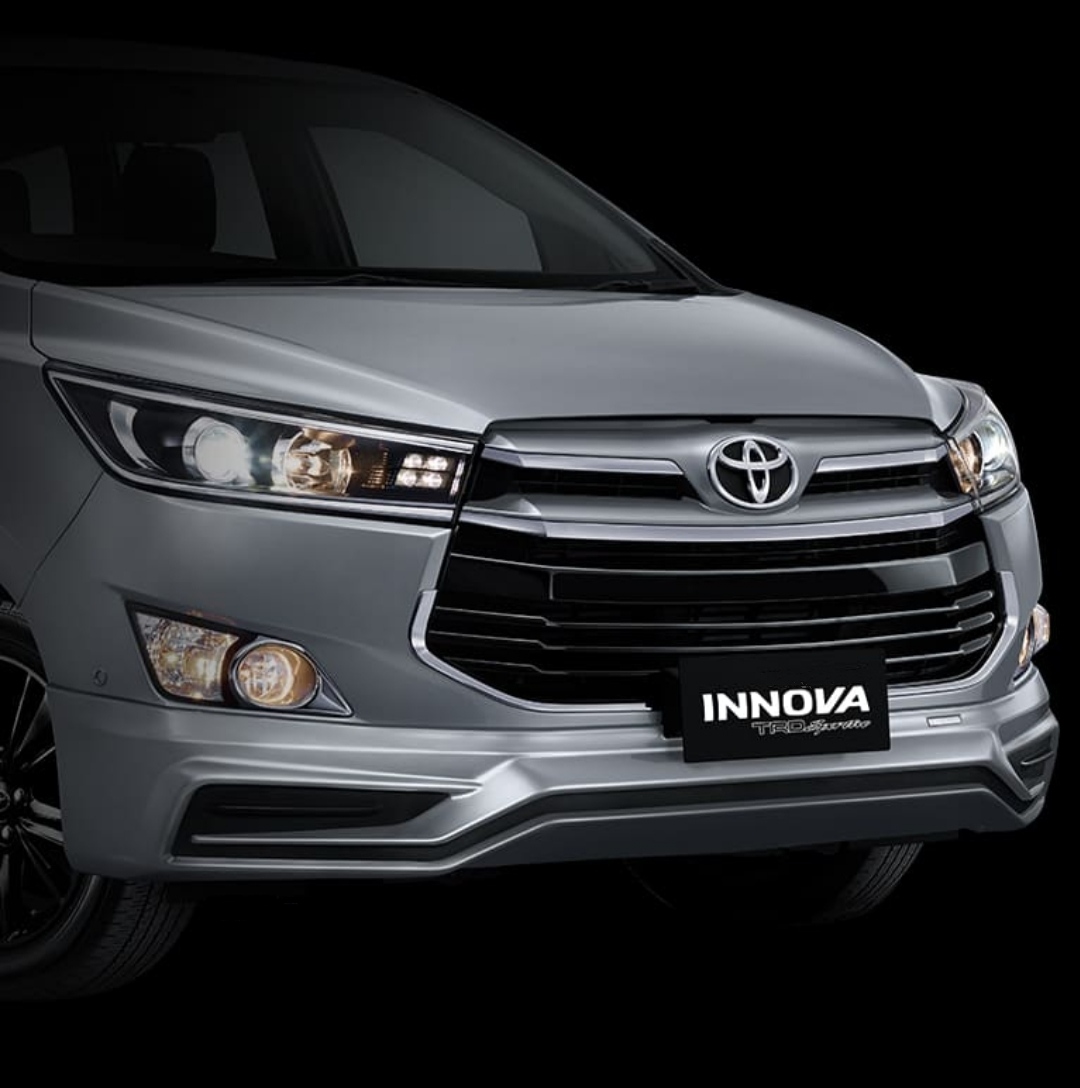 Moving towards Indonesian spec Innova TRD Sportivo. The car is not got any technical changes. TRD Sportivo is coming with few cosmetic changes on regular Innova to give it more appealing and sporty looks.

The launch of this version of Innova is expected to be launched in this festive season. Customers are attracted by visual enhancements like a redesigned front bumper that got a bumper lip spoiler and side vents. MPV is equipped with chrome work on body panel as well as the radiator grille.

The MPV gets TRP Sportivo badging on the bottom of rear doors and tailgate as this variant is limited edition. The car is coming with a new black diamond cut alloys that give a sporty stance. Inside the cabin, TRD Sportivo is equipped with an air purifier. Moving towards powertrain the specifications will remain the same. Powered by the same 2.4 l 4 cylinder diesel and 2.7 L 4 cylinder petrol engine.

The 2.4-litre four-cylinder engine is capable of delivering 150 ps of power with 343 Nm of torque and 360 Nm of torque with auto gearbox. On the other hand petrol, 2.7 L petrol delivers 166Ps/245Nm with 5-speed manual and 6-speed auto gearbox with sequential shift.