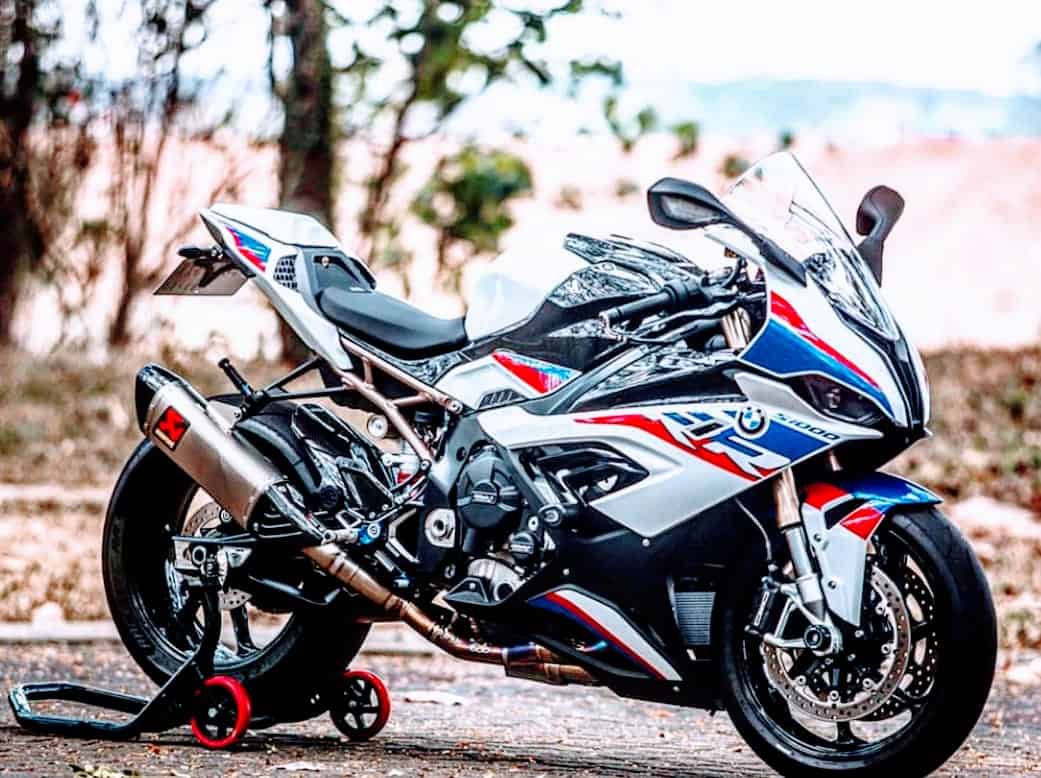 BMW S1000RR is one of the most powerful bike in 999 cc made by BMW. This bike is basically produced by the German company named BMW for competing the superbike world championship in 2009.

BMW S1000RR comes in commercial production in 2010 but after ten years the first generation of the RR now gives the next level of performance because almost all the components of the S1000RR were perfectly redesigned and reduces the overall weight of the bike as compare to the older version of the S1000RR.

This superbike is one of the best superbike in his segment of 999cc. It has 4 cylinders inline cross engine which gives the output of 152kw (207bhp) at 13,500rpm.

Secondly in this new engine company used BMW shift Cam technology which increases its power in any situation and hence improving the ride of the rider.

Apart from increasing the power the S1000RR engine losses the weight of 4kg and having a compact design in which they used a lightweight battery, fuel tank made up of aluminum and carbon wheels are included in it which helps to reduce the overall weight of the bike.

First of all, in the driveline of the BMW S1000RR, it will provide an anti-hopping clutch with self-reinforcement which will allow the riders to shift the gears down easily at very high speed without any issues and make a comfortable ride.

In this bike, 2 injectors per cylinder are provided. There is more power generated and more fuel consumption taken by the engine of the bike.

The BMW shift cam technology introduced in the BMW S1000RR. This technology helps to create powerful torque over the entire engine speed and produces power whenever needed and giving very good control in every ride situation.

The design of the BMW S1000RR is very well refined and well made, as compared to the older version of the S1000RR.

The standard LED headlights gives the aggressive looks in S1000rr. In this new version, The sitting position is improved by redesigned the bike which gives a perfect sitting angle and makes feel comfortable to the rider to ride the bike.

In this new S1000RR, there are racing red and light white/Racing blue metallic/Racing red colors combination are available which looks attractive.

BMW S1000RR comes with special features like detachable license plate holder, Hill-start control which helps the bike to rolling back from the hills or in inline places and holding the brakes when rider switch from brake to the accelerator.

Apart from that, the fuel tank is of aluminum and makes the bike lighter.

In BMW S1000RR an adjustable clutch lever is given in the bike which we can adjust according to our needs.

But this DDC is not available in standard model this will available only in pro and a pro-M sport model.

In BMW S1000RR Cruise control is given in this bike in which we simply set the speed of the bike on the long route and bike is automatically runs on the constant speed, no need to accelerate the bike and if we want to increase or decrease the speed we can simply increase or decrease and set the speed. Cruise control is also available in the pro and pro m sport model and not available in the standard model.

In this bike, there is very well usage of electronics is done. The 6.5’’ TFT display is given in which we can customize the screen according to ourselves.

In this screen we can set the different ride modes, we can set the DDC controls, tire pressure is shown on the screen not only this connectivity is available in this bike you can simply connect the bike with your smartphone and play music do navigation and many more.

In S1000RR, LED headlights, LED taillight, drop sensor, etc are given in the electrics.

The features in standard and the PRO Model were the same, but in pro m sport model some extra features are given.

M sport wheels and more color options are there for the pro m sport model which makes it lighter and makes it a killing sports bike or we can say that its a total package of a killing racing bike.

Other special features are given in the pro and pro m sport model are riding modes which is race pro1-3, pit-lane-limiter according to the conditions we can set the modes and enjoy the ride.

Launch control, DTC and wheelie control is there for the safety of the bike. Wheelie control is one of the wonderful feature in the bikes this will control the bike to get wheelie by mistake and bike will automatically come down and make safety to the rider to get fall down.

The price of the bikes and based on their models

BMW comes with this new S1000RR having so many features and lots of electronics and the way they designed the bike makes the bike attractive and make wonderful feeling to the rider.